Casper Ecosystem (CSPR) – The Beginning of a Young Ecosystem 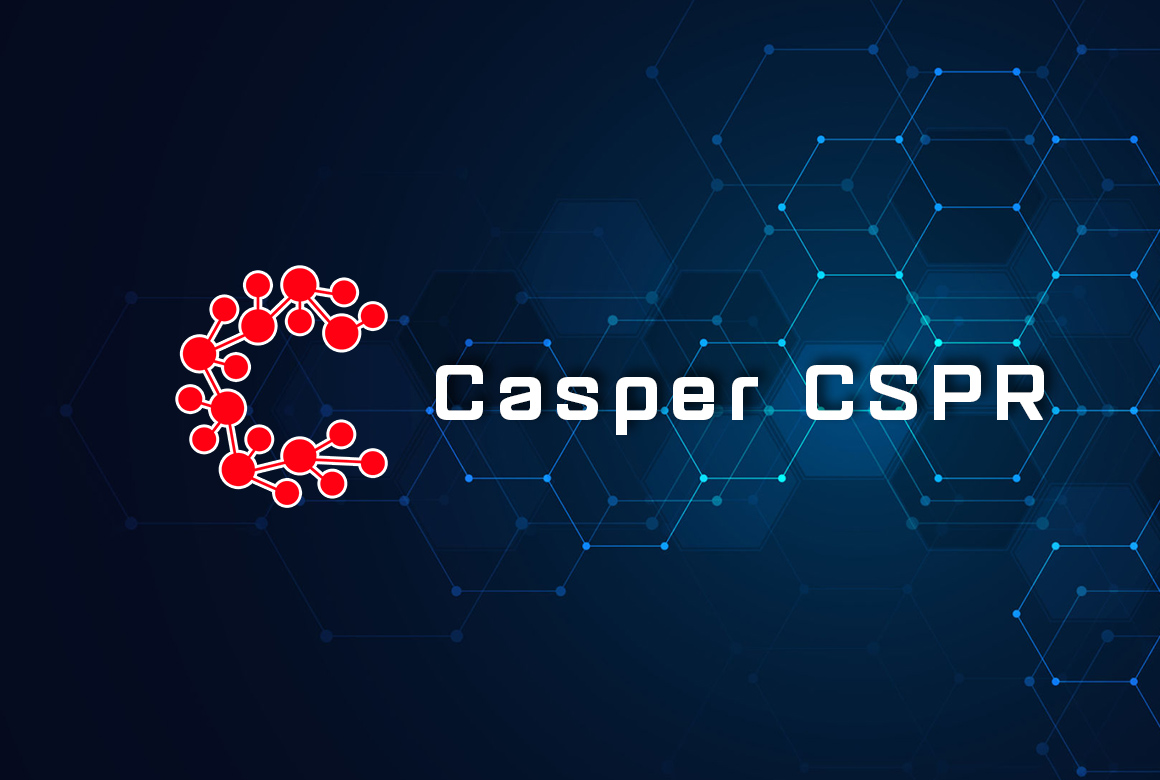 Casper Ecosystem Overview (CSPR) – The Beginning of a Young Ecosystem

Get an overview of the Casper ecosystem, to understand what the next steps of this ecosystem will be, thereby finding investment opportunities.

Casper is a relatively short-lived ecosystem, but has also attracted considerable attention from investors.

Casper is a blockchain that uses the Proof of Stake consensus mechanism and applies Casper CBC (Correct-by-Construction) technology, with the aim of making it easier for businesses and developers to access blockchain technology.

Casper allows businesses to choose between using a Public Network, a Permissioned Network, or a Private Network depending on their security needs, without compromising efficiency.

This has attracted many businesses and Web3 applications to develop partnerships with Casper.

While first-generation blockchains solved some of the fundamental problems, current blockchains still face significant barriers in terms of performance, security, customizability, and scalability.

The outstanding parameters of the Casper blockchain:

The Casper Network project has many big investors, with 40 million dollars after 3 rounds of funding: Hashkey, Blockchange, Arrington XRP Capital,…

To look at a project and evaluate its potential, especially for startups, looking at the project founder is always one of the most effective ways.

Here, I will learn a little bit about the founder of the Casper Network project with you.

As you can see, the project CEO is someone who has a lot of experience in the fields of investment, finance, and technology.

Having many years of experience in the market, having worked in many large companies around the world in the financial sector.

The Founder’s expertise and market understanding is probably not controversial.

Moreover, with the experience of angel investing in many large crypto projects, perhaps the project founder understands what makes a successful blockchain platform.

From there, maybe they will lead this platform to the boom in the future.

In general, DeFi on the Casper Network ecosystem is in its very early stages. The new mainnet project has not been long, and is taking the first steps of development.

Recently, there have been a number of notable events/organizations participating in the Casper ecosystem to promote its development.

I will talk more about these components in the lower part of the article.

The Friendly Hackathon – Hackathon of Gitcoin and Casper Network

This is the first hackathon of Casper Network, held from September 13 to October 13 this year.

Hackathon has a total prize pool of 135,000 USD – a number that is not too large compared to ecosystems.

This both helps to tighten the platform’s spending, when the finance is not yet abundant, and is also suitable for the initial development needs of the project.

Sponsor of this hackathon

Infrastructure applications are always a solid foundation for the development of an ecosystem, and this foundation needs to be built firmly.

Regarding the Oracle array, only one Oracle project has been said to be integrated into the system, which is Chainlink.

In addition, there has been no announcement of the integration of other Oracles. However, this is just an announcement, and there is no official product.

Regarding explorer applications, the explorers already present on the platform include: CSPR.live, Casperstats.io

These are just very basic and must-have infrastructure applications on blockchains.

The presence of these explorers ensures that anyone can track transactions on the platform, ensuring transparency for the blockchain. 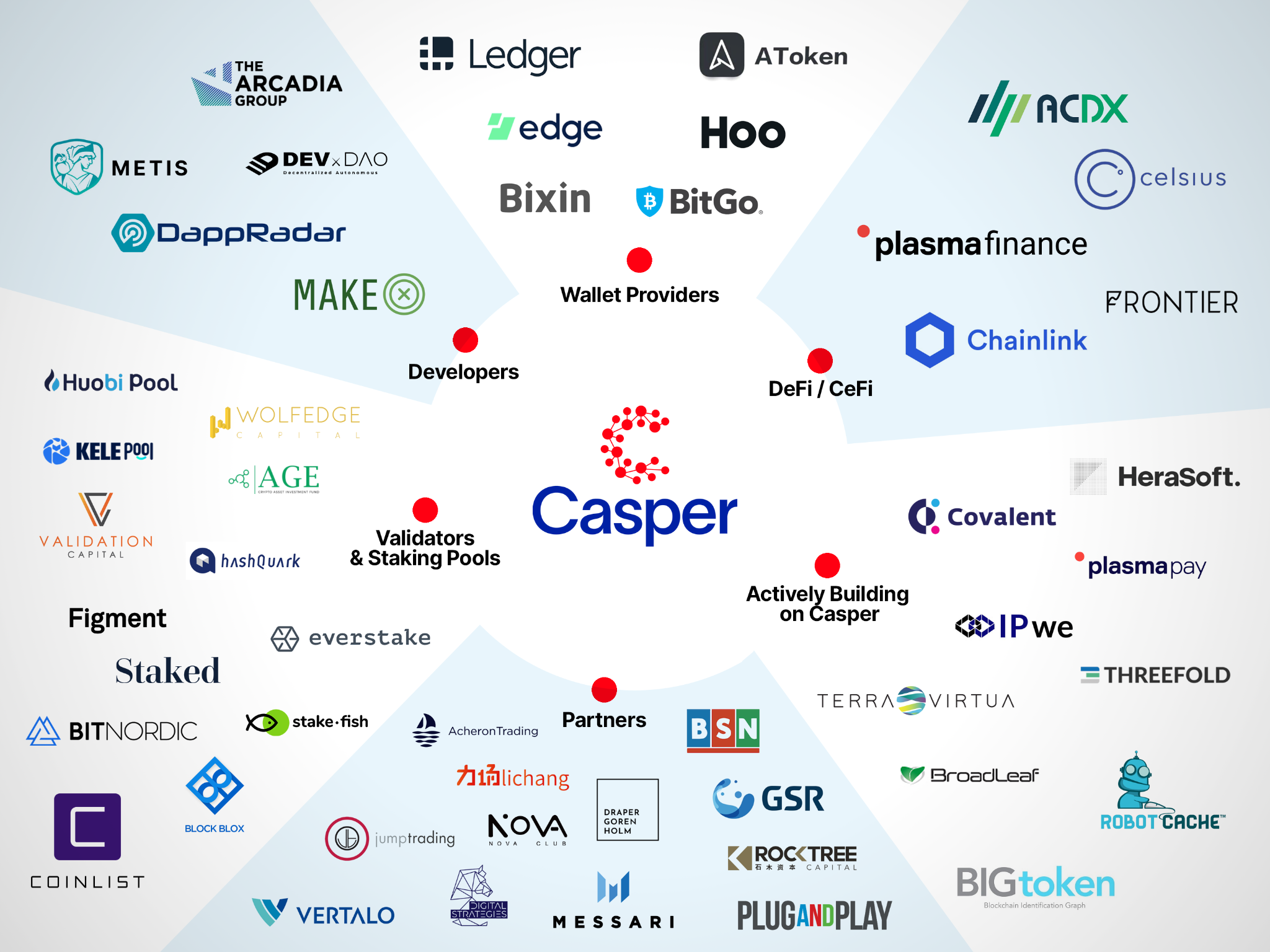 On current Casper there is a first launchpad puzzle piece:

The current Casper ecosystem is still very new. There are not many pieces of the puzzle yet, even the infrastructure pieces are still very new and primitive.

In my opinion, in the next few months, Casper Network will need to focus on building infrastructure to make a solid foundation for the development of the platform.

This time will not be quick. If you look at other platforms.

This time for Near is more than a year (from mid-2020 to the present, enough infrastructure pieces have already begun), for Solana it is more than half a year (one year). quite impressive speed when new mainnet late 2020).

So, it will take at least more than half a year, before the Casper ecosystem has enough infrastructure to develop, in my personal opinion.

Hopefully, through the article of idolmeta.net, you have had a better overview of the fledgling ecosystem called Casper.