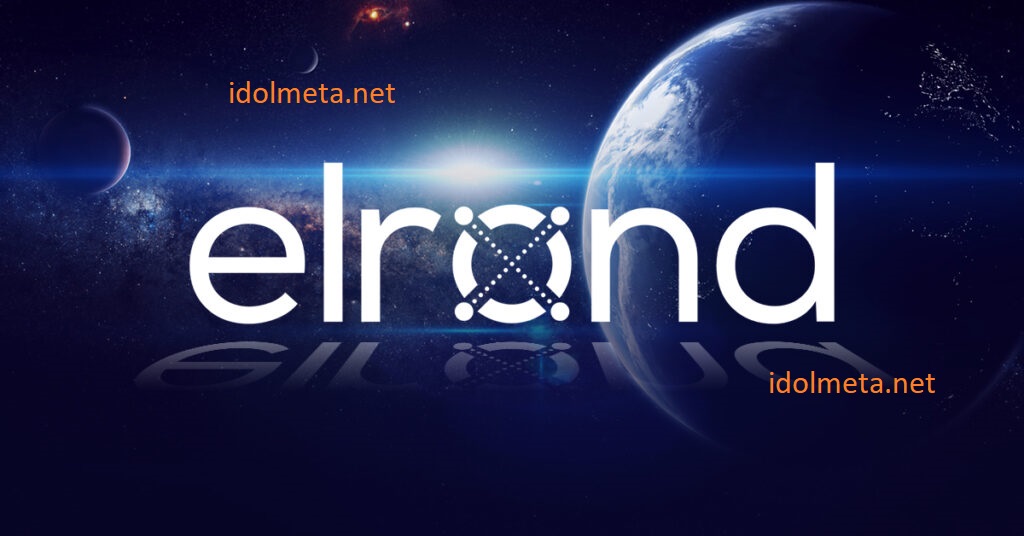 In recent times, ecosystems have continued to grow strongly, with the continuous launch of packages to support the development of the system.

Ecosystems move fast, there are many impressive strides, and the Elrond ecosystem is one such ecosystem.

To help you catch up with an ecosystem that has experienced relatively impressive growth in the past time like Elrond, in this article, I will go through the Elrond ecosystem with you and answer the following questions. :

We will find out through the next article!

Elrond Network is a Public Blockchain that focuses on the scalability, efficiency, security, and interoperability of Blockchain, while remaining decentralized.

Elrond Network’s goal is a global Blockchain with transaction speeds of up to 10,000 transactions per second, low latency, and virtually negligible transaction fees.

Salient features of Elrond Network include:

The parameters can be tracked in Elrond’s explorer at: explorer.elrond.com

Elrond has come a long way and has many memorable milestones:

Overview of the Elrond ecosystem

An overview of the puzzle pieces on Elrond will be introduced and analyzed in the following section, according to the categories in the ecosystem. 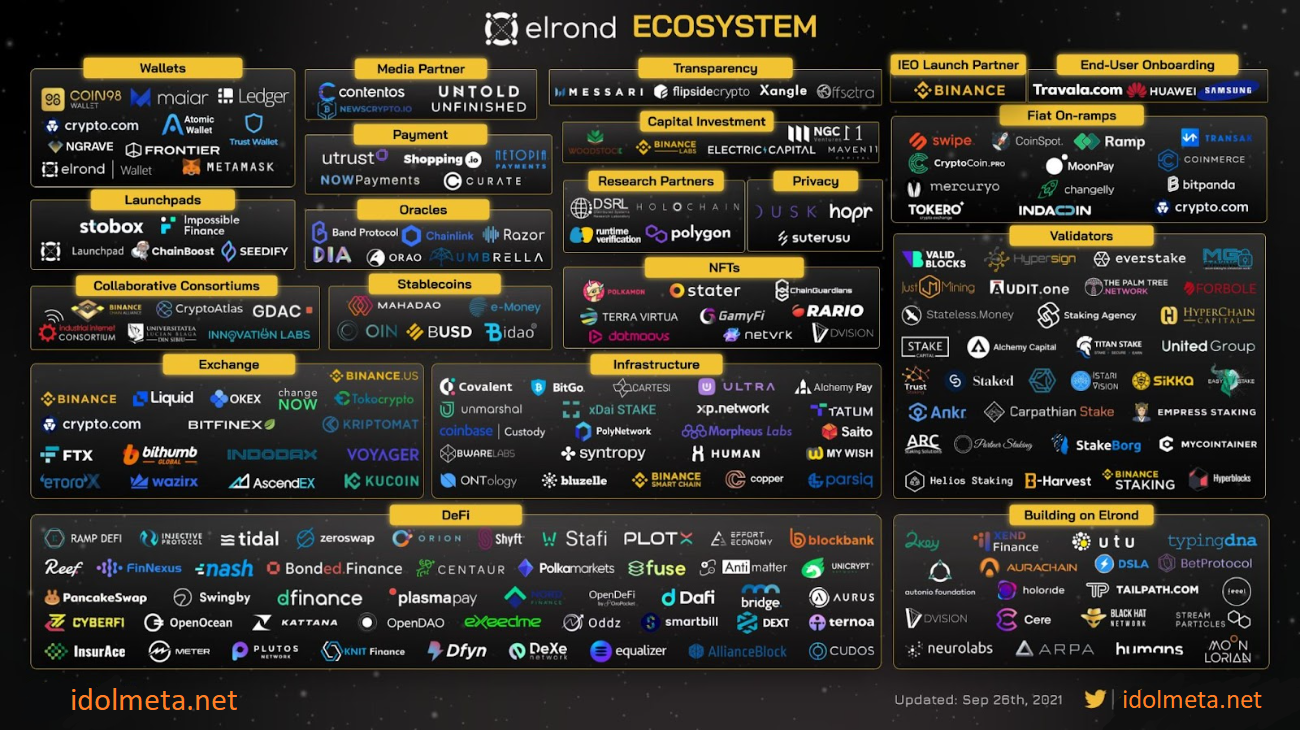 DEX projects on Elrond ecosystem include:

The reason they achieved this impressive number is because the liquidity stimulus package worth 1.29 billion USD in MEX tokens – the exchange’s token – was opened and was extremely successful in the media, earning huge amounts of liquidity. cornucopia.

However, recently, the exchange had an incident that caused them to temporarily stop operating, and TVL dropped to the $2.1 billion mark.

Because this is the main DEX puzzle piece in the Elrond ecosystem, it is possible that many more uses of this DEX will be integrated in the near future such as launchpad (when the team behind has a strong relationship with the builders in the system). , it is extremely easy for them to develop launchpad).

This is a puzzle piece that needs careful attention on the Elrond system.

Comment: The AMM DEX array is the first segment that needs to be completed in any ecosystem to be ready for the future boom of other arrays.

The Elrond system has achieved this requirement in the DEX array, ready for the development of other categories (80016) in the system, when extremely successful launch the most important piece of this ecosystem.

For the brothers looking for farming opportunities in the Elrond ecosystem, this is a very good opportunity because they are opening farming packages to attract extremely impressive users.

However, Maiar is currently the only DEX puzzle piece that can make an impression on the ecosystem, making it inevitable that they lead this most important segment in the near future (not only because of the current performance but also because of the team). The team behind is the Elrond construction team).

Lending projects on the Elrond ecosystem currently have no applications that have been put into operation. They only announced cooperation with Lending partners on other platforms, but no real product application on Elrond has been released yet:

Comment: In general, the lending array on the ecosystem is still very rudimentary and there is no native puzzle piece, so it is not possible to further analyze this array on Elrond.

Because there are no lending applications, the capital utilization on the ecosystem is still relatively low, because it is not possible to create investment leverage for a more continuous and stronger cash flow.

Stablecoins on the Elrond ecosystem include:

Comment: Stablecoin is an important array in each system, reflecting the development level of the system. When money flows into the ecosystem, stablecoins will be the first place where the money flows.

Elrond’s $550 million level is not large, reflecting the amount of money pouring into the ecosystem is not at a high level, and there are not many applications to attract money flow from other systems. As the yield increases in the system, stablecoins will continue to pour into the Elrond ecosystem.

Infrastructure projects on the Elrond ecosystem include:

Comment: The existing infrastructure pieces on Elrond are still incomplete and there are still lack of bridges for efficient cash flow in and out of the system.

A single bridge from Ethereum to Elrond is definitely not enough to stimulate the development of the system. In the future, it is necessary to flow money from systems like Binance Smart Chain, Polygon, Avalanche, Fantom,… to Elrond.

General comments and projections on the Elrond ecosystem

The necessary elements of the Elrond ecosystem in the near future are:

In addition, a number of factors have been well done by Elrond to stimulate the development of the system, such as launching a liquidity stimulus package on Maiar DEX worth $1.29 billion to attract users, thereby gaining a large number of users and TVL is huge.

In general, the basic elements of the system have begun to appear, take shape but are not yet complete, it is necessary to wait for other important pieces to appear before they can grow strongly in the near future.

However, that does not mean that this ecosystem has no opportunities, but the opportunity in farming on the system is huge, with liquidity mining on Maiar DEX being implemented strongly.

Therefore, it is possible to attract developers from other platforms to increase the number of dapps that are meager on the Elrond ecosystem.

See also: What is Solidity? Should I learn Solidity to do Blockchain?

Mincu – CEO of Elrond Network said that Elrond currently has bridges ready to go live with other chains Binance Smart Chain, Polygon, Avalanche, Fantom and Tron, and more DeFi applications will come to Elrond in the coming months. , including lending and synthetic assets.

From there, the number of users will be able to bring cash flow into the ecosystem easily from other systems, as well as many applications on Elrond will create demand for money flow.

Going forward, in addition to adding infrastructure, they will need to continue to add key pieces in the ecosystem.

The opportunity for you may lie there, when new projects launch and bring liquidity mining, retroactive or early contributors programs.

What do you think the next direction of the Elrond ecosystem is? Which ecosystem overview do you want to learn about next? Please comment below the article to let me know!

Previous Persistence One Ecosystem
Next What is Venture Capital(VC)?