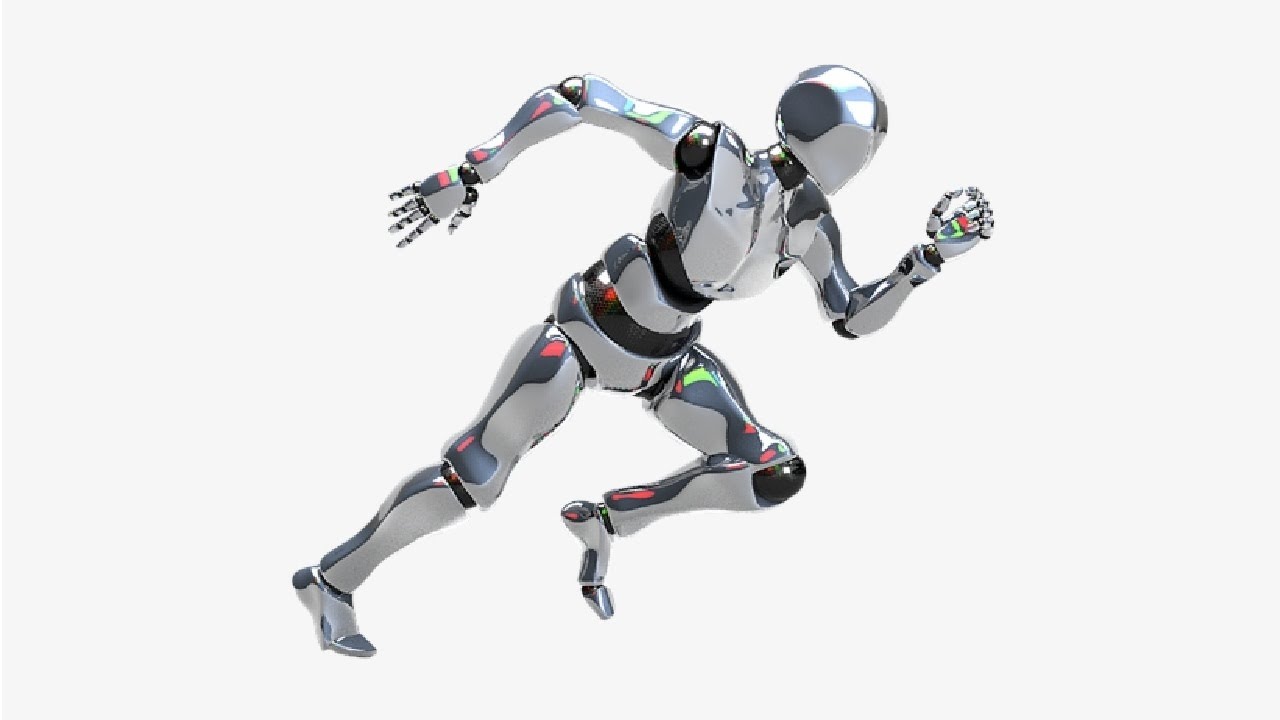 The fact that users have front run is a burning problem in Crypto and has no solution.

Before diving deeper into front-running bots, let’s learn the basics of bots.

Instead of having to monitor all fluctuations in the market, watch for a good time to buy and sell, the bot will automatically synthesize and evaluate the information available in the market and make asset purchases for users use.

Most current bots have the following basic characteristics:

Bots are an effective tool because they are fully automated, have the ability to process a lot of information at once, are not influenced by emotions, and rely entirely on data to operate.

But of course they are not perfect, completely depending on the parameters that reveal the disadvantages of bots in an unknown market, at this time human experience will have the advantage to help preserve capital or help create make better profits.

There are many types of bots with different uses in the market such as:

Trading bot used to test different trading strategies, arbitrage bot used to buy and sell arbitrage, and the type of bot that we will learn about, front- running bots.

What is a front-running bot?

Front-running is taking advantage of KNOWING that a future transaction will affect the price and placing an order right before that transaction to make a profit for yourself.

For example, in traditional finance, if a trader or a fund learns that Tesla’s TLSA stock is about to be bought by someone in a volume of up to $10 million.

They can place a buy order right before that, and when the $10 million buy order is filled, causing the price to expand, they will immediately place a sell order and enjoy the profit.

The ability to anticipate an impending transaction is a very important part of front-running. So why in Crypto, front-run cases happen so often and so much?

This is in the design of Ethereum or blockchains with a similar design to Ethereum, all submitted transactions must stop in a mempool (roughly the place where transactions are waiting to be processed).

Now miners or bots can scan the mempool. Bot when scanning mempool will find suitable transactions to front-run (X).

A second feature of Ethereum’s design is that miners have the power to choose the order in which transactions are processed, and of course they will prioritize transactions that pay higher fees (this is what causes the MEV problem).

So when bots finish scanning and find X, they just:

Placing a two-headed order as above is one of the most popular front-run forms today, also known as “sandwich attack”. 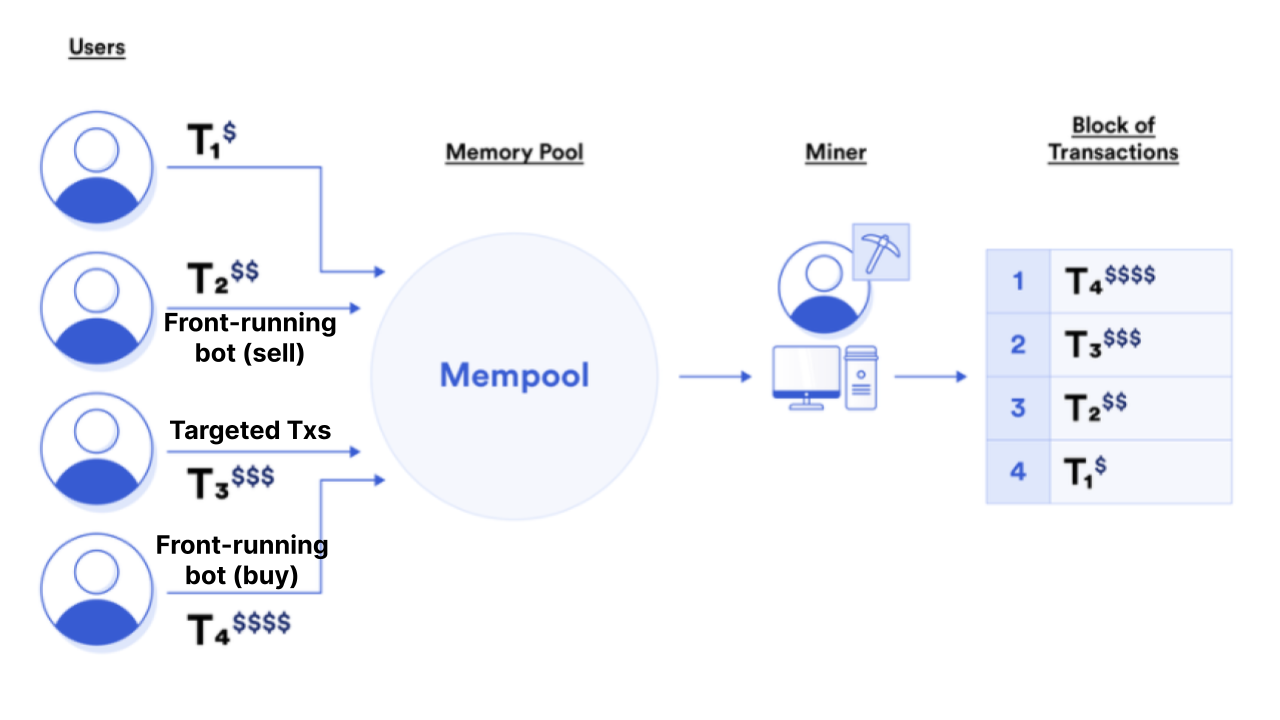 As an example of the USDC-SAK3 pair, we can see that right in the middle of a buy order of 1 SAK3 there are 2 orders to buy and sell at the same time 0.4x SAK3 from the same address, this is typical of users being front-run in crypto.

Ethereum is the ideal environment for front-run

It can be said that the design of Ethereum has created the ideal environment and provides all the necessary tools for front-run:

Value per transaction on the Ethereum network

The use of bots and high transaction fees, creating lucrative revenue for miners 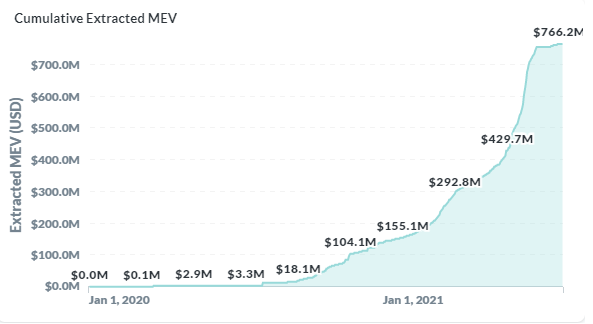 Common types of front-runs and their effects

Some common types of front-runs:

From the user’s perspective

From the user’s perspective, a few basic ways that we can apply to limit the front-run include:

Front-running is the part of the MEV (miner-extractable value) or profit that miners earn by exploiting their authority.

Currently, there is no solution to remove MEV, below are a few outstanding ideas and measures to minimize the damage that MEV brings to users.

From a developer perspective

Developers can divide measures to reduce the impact of MEVs into three main branches:

A few examples of DApps (decentralized applications) that make transactions more private or have front-run restrictions:

Front-running in particular and MEV in general is inevitable and will grow with the growth of the Ethereum network.

The types of front-running attacks can be much more diverse and complex, taking their impact to the next level.

MEV has not been fully exploited yet because at the moment most miners have not yet realized the profit potential from taking advantage of their authority and mining MEV.

There is a high probability that in the future, MEV miners will go mainstream and have unimaginable effects on Ethereum.

If you have any other questions or opinions on this topic, you can comment below to discuss and exchange with idolmeta.net!

Previous What is Proof of Work (PoW)?
Next What is Slippage?