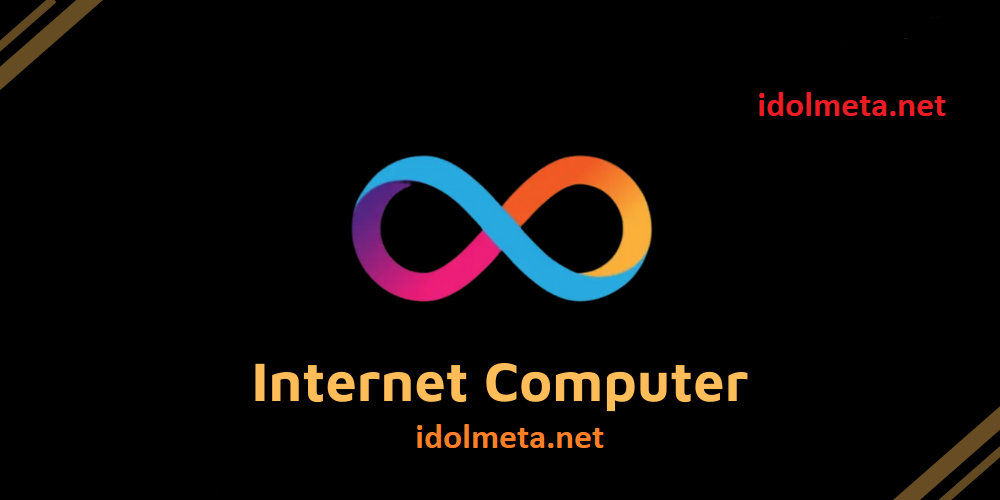 What is Blockchain ICP?

Internet Computer Protocol(ICP) is one of the Layer 1 platforms, focusing on developing an ecosystem of highly decentralized applications based on the open Internet platform, with no database dependence on any other platform. which server is operated by small computers of validators.

You can find out more details about Internet Computer Protocol (ICP) Ecosystem here.

The Dfinity Foundation has a strong fundraising history: They raised $200 million from 2016 to the end of 2018 in three rounds, with the largest round being worth $102 million. This is one of the most impressive fundraising numbers in the crypto market, even in the period of 2020 – 2021.

The first dApps on ICP launched in Tungsten, when the ICP platform started allowing outside developers to build apps on the blockchain.

The project is in the process of preparing to launch the public mainnet.

Currently, Dfinity Foundation is receiving a lot of attention from the community, by the decision to airdrop ICP tokens for participants to buy on Coinlist in 2018.

The project has completed all its roadmap since 2016, and is at the stage of being ready to expand the ecosystem.

Layer 2 and 3 puzzle pieces are gradually appearing, but in my personal opinion, Layer 2 puzzle pieces are still not enough to attract cash flow to Layer 3, so in the near future, cash flow will still be mainly focusing on Layer 2 projects including: Stablecoins, IDO Platform, Infrastructure (Oracle,…).

Fragments of the ICP ecosystem 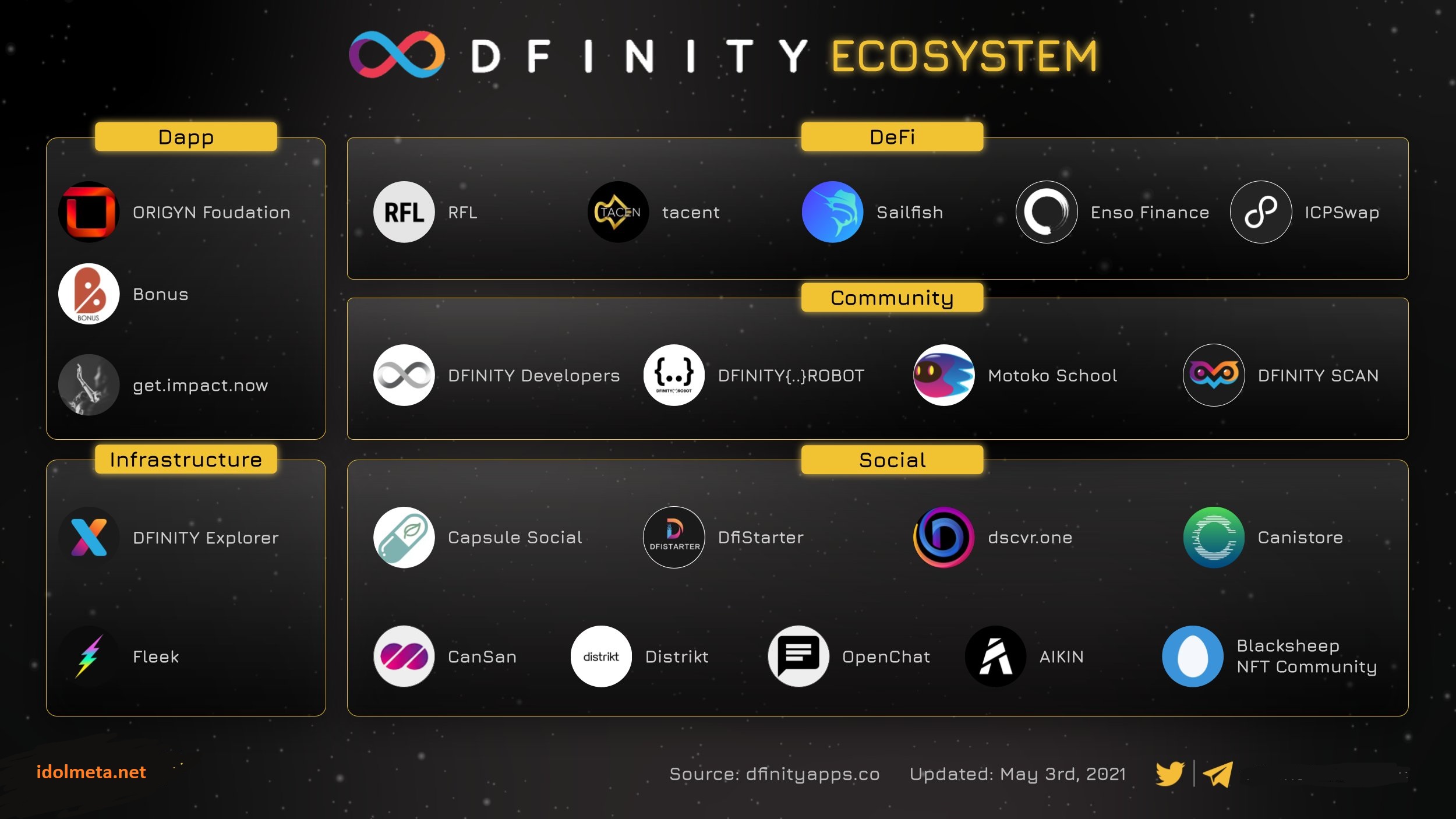 This is an extremely important piece of the puzzle that has yet to appear on the ICP ecosystem.

Currently, a few names have appeared, including: ICPSwap, Tacen, Sailfish. Because the mainnet product and project documents have not been released, it is not possible to evaluate the competitiveness of these 3 puzzle pieces, as well as the shortcomings of the AMM DEX puzzle in the ICP ecosystem.

This is an extremely important but missing infrastructure piece in the ICP ecosystem. The ecosystem has not yet integrated with any Oracle projects.

The only Lending & Borrowing project on ICP currently is Sailfish. The project just released the testnet version, the interface is not good. The Borrowing and Lending segment in the ICP ecosystem still has a lot of room for development.

The first IDO platform in the ICP ecosystem has appeared – Dfistarter – this is one of the signs that, in the near future, many projects will be launched. Accompanying that is certainly the rapid development of the ICP ecosystem and investment opportunities for you.

On the ICP platform, there are currently no projects dealing with derivatives trading.

Projecting the future of the ICP ecosystem

According to my observations about the order of development in ecosystems, the development of projects will go in order from Layer 1 to Layer 2, then to Layer 3 and Layer 4.

Currently, the platform’s Layer 2 projects are gradually taking shape, the pieces to pay attention to are:

So, why do large funds invest in a Layer 4 puzzle but do not anticipate the cash flow in Layer 2 and 3 applications? In my opinion, maybe they have invested in other protocols and projects, but the information has not been released.

Because of this $5 million investment, you can see that the funds are paying great attention to the development of this untouched ecosystem.

You should pay attention to the following names, it is likely that these will be the names you will see again during the “skin in” of the ICP ecosystem: Multicoin Capital, P2P Capital, The Spartan Group, Zola Global, and The LAO.

Thus, we can fully expect some of the following projections to come true:

Investment opportunity in the ICP ecosystem

Investment opportunity in the ICP ecosystem

Therefore, in the near future, when Dfistarter launches tokens, you can buy tokens at a reasonable price, then use that token to participate in IDOs on this platform.

The Internet Computer Protocol (ICP) Ecosystem platform is still in its infancy, but will soon expand and develop after the upcoming public mainnet on May 10.

The pieces of the puzzle are very few and sketchy, so investment opportunities are many, especially investing in the IDO Dfistarter platform to be able to receive compound interest from participating in IDO purchases and the growth of platform tokens. IDO.

Large investment funds have paid attention to the applications on this platform. Those fund names we will see many more.

Dfinity already has a very strong community, however, in order to attract money into the platform, the ICP ecosystem still needs to develop many pieces of the infrastructure puzzle, to help developers create dApps.