The moment Queen Elizabeth II died was also when the plan codenamed “Operation London Bridge” was activated about Britain’s next steps.

“Operation London Bridge” is the name of a plan built over decades to prepare for the scenario of the Queen’s death. It covers everything from what will happen to the Queen’s body, to how the funeral is held or how the media will react.

The plan, as explained by the Guardian in a 2017 article, shows what will happen when Britain and the world face the loss of a leader beloved almost across the globe. 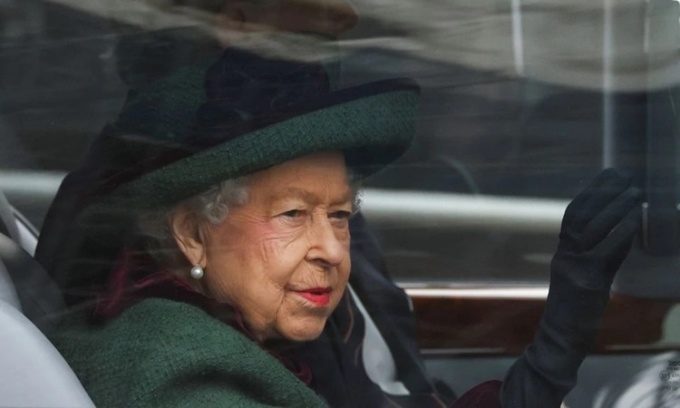 Queen Elizabeth II arrives to give thanksgiving for the late Prince Philip at Westminster Abbey in London on March 29.

The first thing that happens after the Queen’s death is that her private secretary will contact British Prime Minister Liz Truss. Information about the Queen’s departure will then continue to be transmitted over the British government’s secure communications channels, with the encrypted message “London Bridge collapsed”.

The outside world knows information in different ways.

First, the information will be distributed by the British Press Association to all media outlets around the world. Buckingham Palace also announced the Queen’s death on social media.

As the news spread widely, the prepared obituary was announced on television by broadcasters in black. Pilots will also announce the Queen’s death on all aircraft in service at the time.

A staff member dressed in black then stepped out of Buckingham Palace, attaching a black-rimmed notice board to the palace gates.

Leverton & Sons is the undertaker of funeral services for the royal family and always has an “emergency coffin” available for any call from Buckingham Palace.

At the time of her death, the Queen was at Balmoral Castle, Scotland, so her body will be transferred to London on a royal train.

Any member of the royal family who is on tour or not in the country will return home immediately. It is for this reason that they are always required to carry a black garment in their luggage.

The Dukes of Norfolk have presided over royal funerals since 1672 and as such the 17th Duke of Norfolk, Earl of Marshal, will preside over Queen Elizabeth II’s funeral. They will have a permanent office at St. James to direct the funeral-related work until the last day.

During the 10-day period of national mourning, the Queen’s coffin will be laid to rest at Westminster Abbey. The public can visit and pay their respects 23 hours a day.

After that, a national funeral was conducted, led by the Archbishop of Canterbury.

During and after the funeral

On the 9th day after the Queen’s death, a funeral will be held at Westminster Abbey.

Leaders and heads of state from the Commonwealth and other countries will attend. It is likely that people will line up along the route leading to the funeral home to say goodbye to the Queen for the last time.

The day of the Queen’s funeral will likely become a national holiday and the London Stock Exchange and most British banks will be closed.

On the morning of the funeral, the bell hammer at the Big Ben clock tower will be wrapped in leather so it doesn’t make a sound and 41 farewell cannons will be fired from Hyde Park.

When the ceremony begins, underground lines across London will stop announcing, buses will also pull to the side of the road.

Finally, the Queen will be interred in a mausoleum at St George’s Chapel on the grounds of Windsor Castle, next to 10 former British monarchs.

The remains of her husband, Prince Philip, who died last April, will be moved from their original resting place at St George’s Chapel to next to the Queen.

The day after the Queen’s death, the Coronation Council will meet at St James’s Palace and Prince Charles will be crowned King. The same evening, the British parliament will meet to swear allegiance to the new king.

The Duchess of Cornwall, wife of Prince Charles, will officially become Queen. Prince William, as heir to the throne, will receive the new title of Prince of Wales. The hierarchy of succession to the British throne after the Queen’s death. 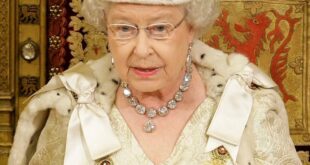