Tron Ecosystem (TRX) – Is Tron the boss of Gambling? 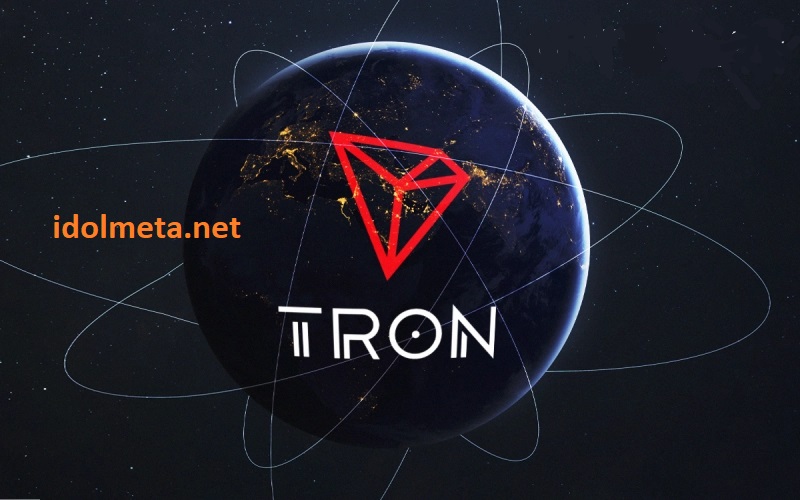 Overview of the Tron ecosystem with projects that have been and are developing inside. What opportunities will there be to invest in this ecosystem?

Perhaps in addition to Ethereum and Binance Smart Chain, to talk about another popular name that almost all players from long time to new in know, it is Tron.

If you want to know why Tron can become so popular, or simply want to systematize Tron, then this article is very suitable for you.

What is the Tron Ecosystem?

What is Blockchain Tron?

Founded by the non-profit company TRON Foundation in July 2017, Tron is a Smart Contract Platform inspired by Ethereum.

Here are a few basic parameters about Tron:

Highlights of the Tron ecosystem

With an average Tx fee of about $0.32, Tron is currently one of the cheapest blockchains to send USDT.

The current Tron ecosystem is quite “centralized”, because it almost relies on Justin Sun as the main one.

You can review this information in more detail and completeness with the article: What is Tron (TRX)? Complete set of TRX cryptocurrency.

In this section, I will review each important piece of Tron’s defi ecosystem with you and compare them with other ecosystems.

Pieces of the Tron ecosystem

Currently Tron has USDT and USDJ with the following amount:

On April 19, the number of USDT circulating on Tron officially surpassed Ethereum, making Tron the Blockchain with the most USDT up to now.

Another interesting point, almost all platforms have stopped issuing USDT, from the beginning of 2021 to the present (5/2021), only Ethereum (issued more ~$11B), Tron (released more ~$20B).

As can be seen, the USDT issued on Tron is very popular with users, which is due to the extremely cheap transfer fees as mentioned above.

Prominent names in this segment include: Justswap (current TVL: $2.2B), Uswap, PoloniDEX. 3/4 of the names are probably familiar to you.

Only Uswap is a recent new project, also one of the three names that won the second prize of Tron’s Hackathon (announced phase 1). In addition, if CEX is included, Tron also has Poloniex.

No project excelled in this puzzle except Justlink – the project was later acquired by Wink, and renamed Winklink.

Justlend (current TVL: $2.7B) and Zephyr are two typical projects in the Lending – Borrowing segment. While Justlend also belongs to the project segment of Justin Sun, Zephyr is a new name from Tron’s Hackathon.

YFX is the project that won the first prize in the recent Hackathon, a project working on derivatives, supporting multiple chains as well as allowing users to use leverage up to 100x. In addition, here are some interesting news about the two Rounds of YFX Genesis mining program (providing liquidity to receive YFX):

This is a relatively new area, and has received little attention from many ecosystems – except for Tron. Specifically, the following are the Gambling dApps with the most players in the last 24 hours:

Personally, I find that Wink is a force in this field with the current Mcap token WIN has more than $1B, along with more than 50 games and a variety of gambling genres.

Future projections and investment opportunities on the Tron ecosystem

Justin Sun has always been a trendsetter very quickly, some projects that may soon be developed on Tron include:

At the same time, Tron Justin Sun is also quite interested in the NFT market, constantly spending tens of millions of dollars to participate in the auction of artworks, a separate NFT Marketplace to serve enthusiasts. art on Tron is entirely possible.

In a market that is very competitive among Blockchains today, besides following the trend, Tron must do something really special to attract users, like the project did. in 2017.

In summary, my projection is that Tron will focus on the following points:

So how to make profit from Tron? If you read the next part, you will understand.

We will have 3 investment opportunities/fields on the Tron ecosystem:

TRX is the native token of the TRON ecosystem, when the TRX ecosystem develops, TRX will certainly benefit. There are many use cases for TRX that can be mentioned such as: transaction fees, farming, staking, collateral,…

TRX’s current cap is ~11B, if it is considered a platform token like DOT with a cap of 40B, then TRX still has an opportunity to invest, although in fact DOT has an additional incentive PLO (Parachain Lease Offering – using DOT to Parachain auction).

2. Invest in dApps & Protocols on Tron

No different from other ecosystems, basic pieces like Exchange, Lending or Oracle need attention if you want to invest in this direction,

Also, consider Tron’s Hackathon, where it can be expected that Tron will find the missing pieces.

On Tron, there is now a liquidity pool (mainly from Just Network), and there is also a good source of Yield (from SUN), there are many things that can be developed from these 2 basic platforms:

Currently, only the winning projects of phase 1 have been announced, with 8 more announcements remaining. We can totally wait for the next projects on Tron Hackathon.

Transaction fees on Tron are quite cheap, which is an ideal condition for small investors to participate in farming.

Tron has developed an Incentives Layer, that is the SUN project, users can deposit LP tokens, as well as provide liquidity to JustLend on SUN to receive token incentives such as SUN, JST,…

Brothers who farm these Pools will receive as many tokens as mentioned. But there is also a risk of being hacked when farming, so you need to consider this point carefully.

Overview of the Tron ecosystem, we will draw some key points as follows:

The above is an overview of the Tron ecosystem, an ecosystem that is not so prominent today, but if you look closely, there are still investment opportunities on this ecosystem.

Please leave your comments with idolmeta.net to find investment opportunities.