Breaking News
Home / Crypto / What is a coin meme? 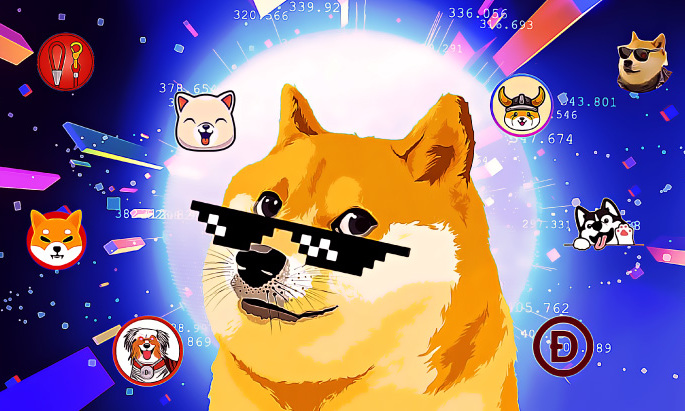 What is meme coin, the reason why meme coin was born and its impact on the crypto market

What is Meme Coin?

Meme Coin is a coin created not for the purpose of contributing to Crypto, but for some somewhat non-serious reason.

For example, at the end of 2020 there was the Foodcoin movement. A series of tokens born from this movement such as SushiSwap, Kimchi.Finance, …

Or when Safemoon is in vogue, there are Safemars, SafeGalaxy, … The most typical is probably a series of “dogs” born when Doge rises in 2021 with ShibaSwap, CorgiCoin, …

In fact, the line between “serious” and “not serious” above is also not clear. For example, ShibaSwap used to be rated as a Meme Coin, but when it got support from the community, they worked like a real project.

Also, judging a project as a Meme Coin or a regular project has nothing to do with whether they have a Scam or not.

Some projects look good, but the goal is short-term, or halfway through, they get bored and quit the project.

While projects like SushiSwap have evolved since their inception. It’s just that Meme Coin projects have a higher Scam tendency than others.

The Potential of Meme Coins

Meme Coin is one of the most loved “commodities” by the community, especially those with little capital.

The reason is that these coins have a few dozen to a few hundred percent growth in a short time, usually a few days. So you guys with little capital can come in to increase capital quickly.

But in return, anything that goes up quickly comes with great risks. These projects can yield x2 x3 profits in a few days, will also split 2 divided by 3 in the same time.

So it is very difficult to make a safe profit when playing Meme Coin. Even so, you can still “survive” if you are not greedy, and know the right timing.

Meme Coin is Crypto’s “specialty” that no other market has. Because to create a token, it only takes a few minutes. Meanwhile, it is difficult for the stock market or real estate to create assets so quickly.

In addition to creating a sense of risk in investment with the aforementioned “up and down the dog”, Meme Coin also makes people excited by its symbolism.

From there, these coins can pull new money into the market, making the whole Crypto more sustainable.

A good example is that many people invest in Crypto just for Dogecoin, not BTC, or Elon Musk openly supports Dogecoin for payment, not any other asset, etc.

After SushiSwap was born and received the attention of the community, a series of other “delicious” names were born such as Kimchi.Finance, Icecream.Finance, Kebab Finance, Pickle Finance or even PhoSwap with the logo… Noodle Soup. 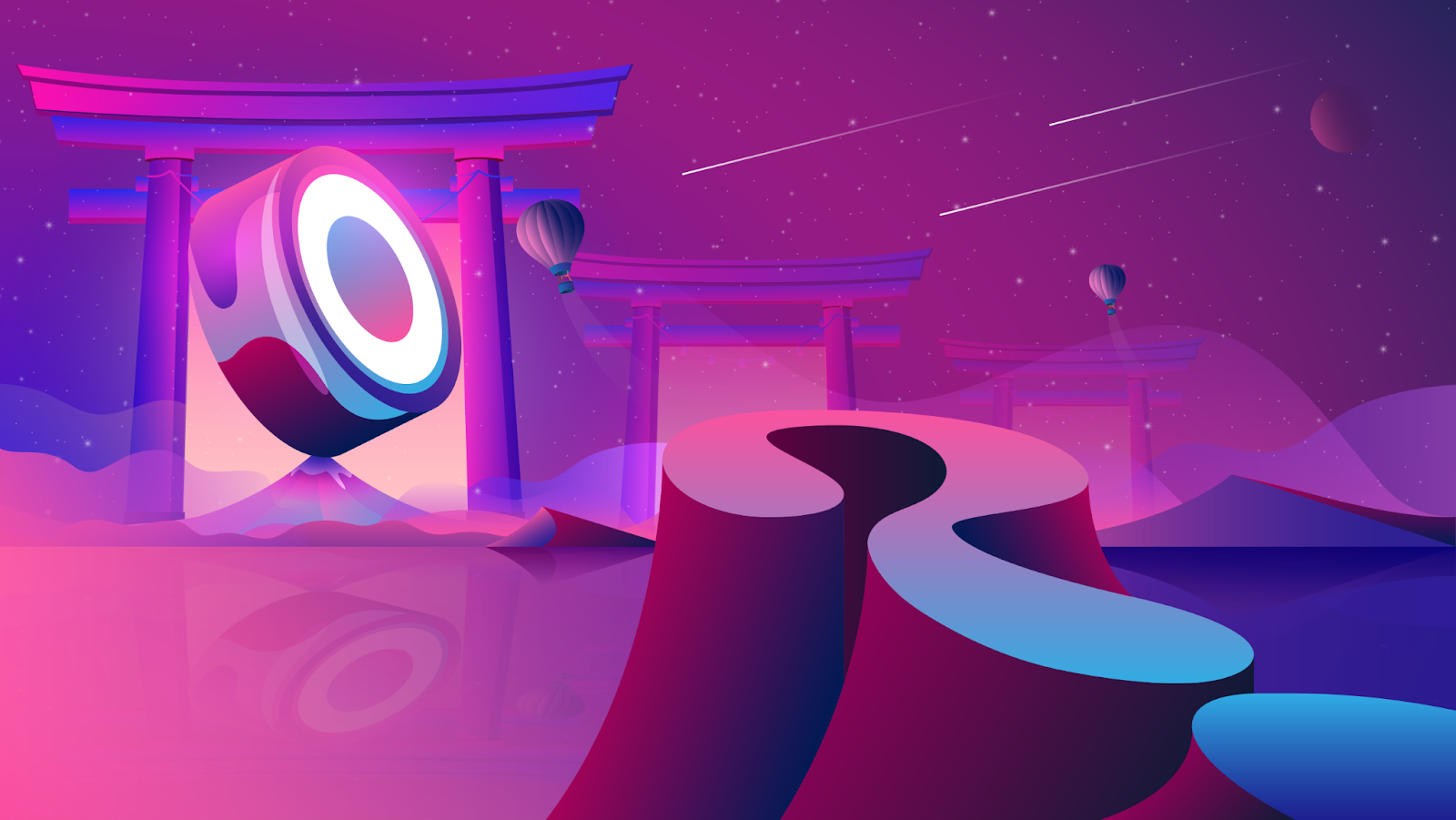 But then, only the “Leader” of this trend, SushiSwap, was still alive, and became a major force in the DEX, before getting involved in a series of unnecessary Fuds.

One day, around April 2021, the community buzzed about the Safemoon project in addition to pumping more than 3,000 times.

Besides, Safemoon also has the unique function that each transaction is made, will take from the owner a part of the token for the previous Holder, and the project Treasury.

Then, SafeMars, SafeGalaxy, etc. were born with the same reward mechanism for Holders.

While it sounds quite logical, this mechanism seems to get the project branded as a Ponzi, where the later buyer literally pays the first buyer.

Contrary to Foodcoin, this time, no project can survive the trend. As of June 2021, this trend is only a memory because no one has mentioned it.

Dogecoin is one of the very early Meme Coins. Billy Marcus and Jackson Palmer created Dogecoin in 2013 just for fun. In 2021, there was a time when Dogecoin was heavily FOMO, making the value of this coin increase nearly 100 times from January to April 2021.

Therefore, many similar projects such as ShibaSwap, Samoyedcoin, Corgicoin, Baby Doge Coin, etc. were born. Unlike Foodcoin, this time the one who can survive outside of Dogecoin is ShibaSwap.

ShibaSwap is the most active of the “dogs”. In addition to being a DEX, ShibaSwap also has charitable activities.

Meme Coin is not only a project, but also has a huge supporting character behind it, which is Elon Musk.

When it comes to Elon Musk, we immediately think of Dogecoin. It is not wrong to say that Elon Musk contributed greatly to the success of Dogecoin.

In terms of fundamental analysis, to “put down money” for a project, investors need a reason. But Dogecoin is just a coin without any applicability, why should anyone buy DOGE? It was Elon Musk who gave us the answer.

First, and most important, is trust. No matter how good a project is, if it does not create trust, the community will not hold tokens.

Since the beginning of 2021, Elon Musk has continuously shown his support for this Meme Coin, making users believe it too.

Next, Elon Musk also started allowing product payments with DOGE. This is the first use of DOGE since its inception, and DOGE is also one of the few cryptocurrencies with practical applications.

It is often said that BTC and ETH are the future of money, but DOGE is used by this billionaire as a means of payment for Tesla’s electric car charging station. Not only that, Elon Musk also openly supports other companies, if they also accept DOGE as a means of payment.

The Future of Meme Coins

Many people believe that Meme Coin is bad, because Meme Coin takes a lot of people’s money. But in fact, in general, any project can do it, if we do not have enough knowledge and skills.

Therefore, Meme Coin is not necessarily bad, these projects bring excitement in Crypto. As mentioned above, there is no market that creates a series of identical projects overnight. Only Crypto can do that.

Meme Coin is an indispensable “spice” of Crypto. Therefore, as long as Crypto exists, Meme Coin will still be there.

Through the article, I hope you understand the true nature of Meme Coin.

Although they are “instant” and the rate of Scam is quite high, these projects are somewhat valuable for investment and Crypto in general. Therefore, instead of thinking one-sidedly, consider it as a colorful array of Crypto’s personality.

Previous What is crypto? all about crypto investment 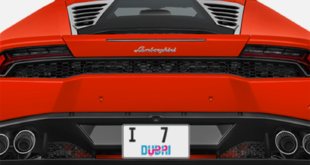