What is hashrate? The Importance of Hash Functions in Crypto 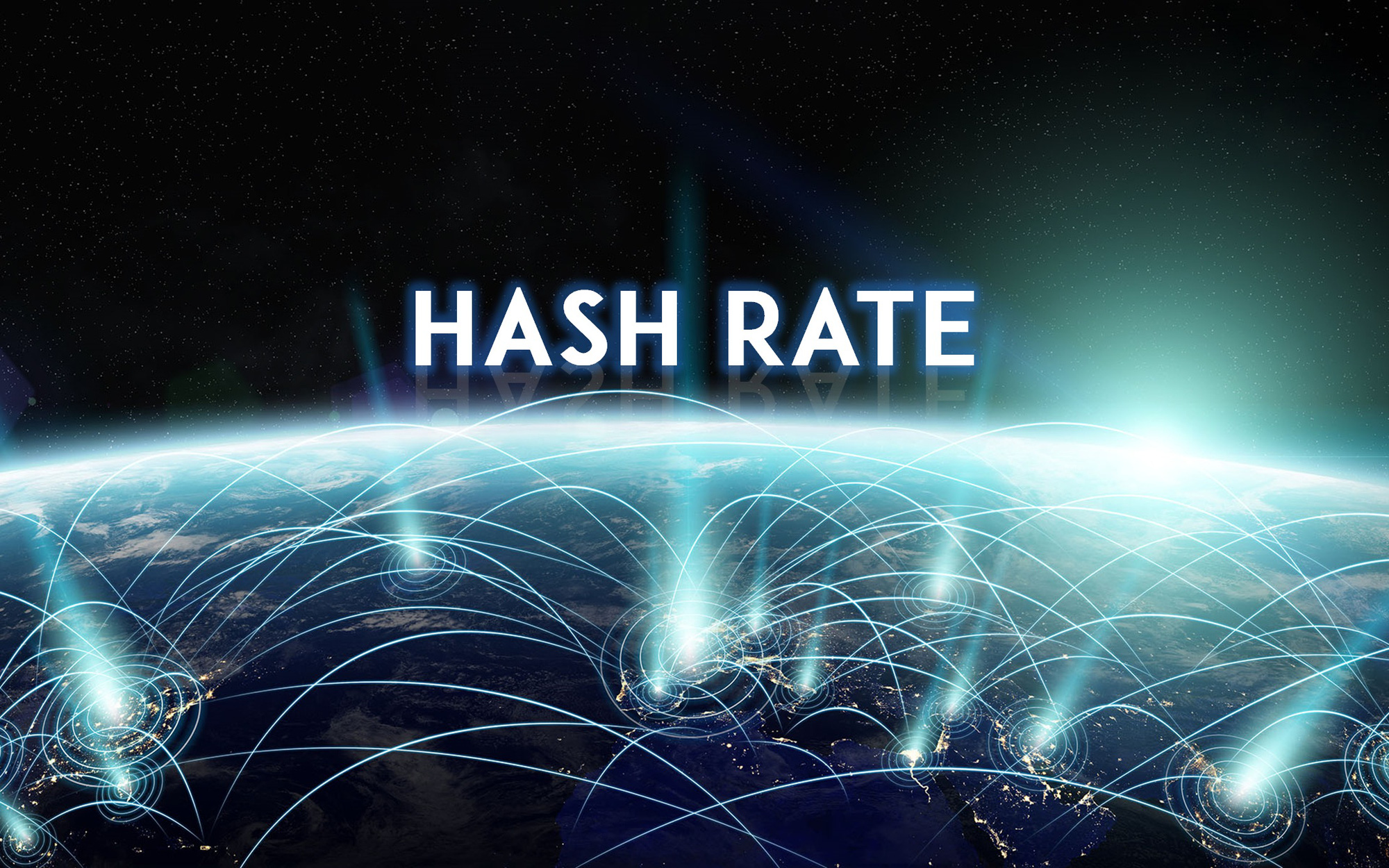 What is hashrate? What is Hashing? How do hash functions work? What is the importance of hash function in Crypto? Find out now!!!

Hash is the leading important technology in Cryptocurrency. In this article we will learn what Hashing & Hashrate are and their importance in Crypto.

What is Hashing & Hash Rate?

Hashing is the process of converting an input of non-fixed-sized letters and characters to produce a fixed-size output. This process is done using the Hashing algorithm.

Cryptographic Hash Function is the core of Cryptocurrency. Thanks to them, blockchain and other distributed systems can achieve a high degree of data integrity and security.

Cryptographic hash functions are deterministic, that is, as long as the input is constant, the Hashing algorithm always gives the same output.

Typically, Cryptocurrency Hashing algorithms are designed as one-way hash functions, meaning they cannot be converted back easily and take a lot of time & computational resources.

Hashrate can be understood as the hash rate, which is a parameter that represents the computing power, solves the computer’s algorithm to encrypt data according to a hash function used in networks, with the Proof of Consensus mechanism. Work like Bitcoin’s SHA-256, Ethereum’s Ethash, Zcash’s Equihash, etc.

How does a hash function (Hash) work?

Different hash functions will produce outputs of different sizes, but the size of the outputs that can be obtained is always fixed.

To illustrate, let’s run the words “Binance” and “binance” through the SHA-256 hashing algorithm.

It can be seen that a small change (capitalize the first letter) results in a completely different hash value.

However, since we’re using SHA-256, the outputs are always a fixed size of 256-bits (or 64 characters) – no matter what the input data size is. These two outputs stay the same no matter how many times we run these two words through this algorithm.

SHA is an acronym for Secure Hash Algorithms.

Bitcoin Hashrate: The Relationship Between Hashrate and Bitcoin Price

In the Bitcoin network, Bitcoin’s Hashrate is the computing speed of the Miner to solve the SHA-256 algorithm, it is also known as the hash power (Hash power), hash per second (Hash per second) is the measure. measure miner performance.

It is a unit that represents the number of double SHA-256 computations performed in one second. You can see Bitcoin’s Hash Rate here. 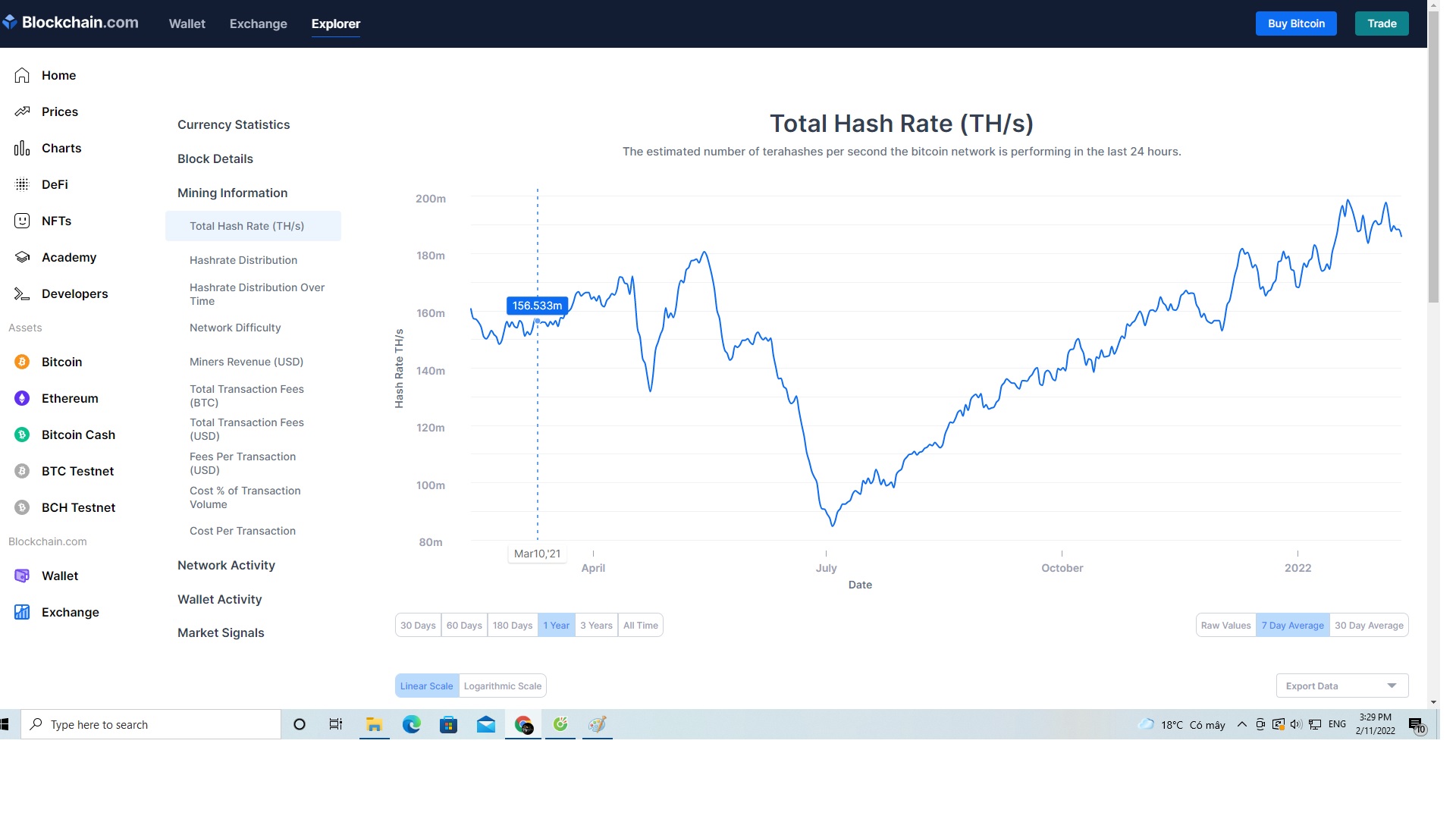 In general, many people generally agree that the decline in Hash Rate also proves that miners have left the network leading to a decrease in the price of BTC and vice versa.

As the picture above represents the Total Hash Rate of Bitcoin from its inception to the present time. It has a lot of correlation with BTC price, so some on-chain analysts often observe the rise and fall of Total Hash Rate to predict the price trend of BTC. 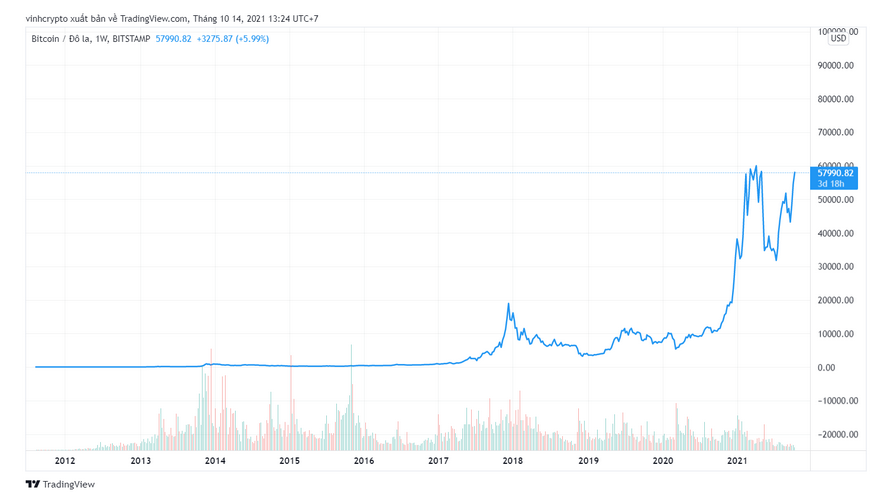 The Importance of Hash Functions in Crypto

Traditional hash functions have many use cases, including database lookups, large file analysis, and data management.

On the other hand, cryptographic hash functions are also widely used in information security applications, such as message authentication and digital fingerprints.

When used in Bitcoin, cryptographic hash functions are an essential part of Bitcoin mining and also contribute to the generation of new addresses and keys.

Hash functions are a powerful tool when dealing with large amounts of information. For example, we can run a large file or data set through a hash function and then use its word output to quickly verify the accuracy and integrity of the data.

This is possible because of the deterministic nature of hash functions, the input will always lead to a concise output. Thanks to this technique, there is no longer a need to store and “remember” large amounts of information.

Hashing is a particularly useful process in blockchain technology. The Bitcoin blockchain has a number of operations using the Hashing process, most of which are in the mining process.

In fact, nearly all cryptocurrency protocols rely on Hashing to link and reduce groups of transactions into blocks and also to create cryptographic links between each block.

So they have learned what Hashing & Hash rate is, their importance in Crypto. If you have other questions related to the above topic, please comment below for Idolmeta.net to support right away!

Tags binance binance exchange How does a hash function (Hash) work? idol idolmeta idolmeta.net meta metave metaverse The Importance of Hash Functions in Crypto The Relationship Between Hashrate and Bitcoin Price What is Hashing & Hash Rate? What is Hashing? What is hashrate?

Previous What is Proof of Authority (PoA)?
Next What is HYIP?