Breaking News
Home / Basic Terms / What is Mainnet and Testnet?

What is Mainnet and Testnet?

What is Mainnet & Testnet? 03 Basic Steps When Making Testnet 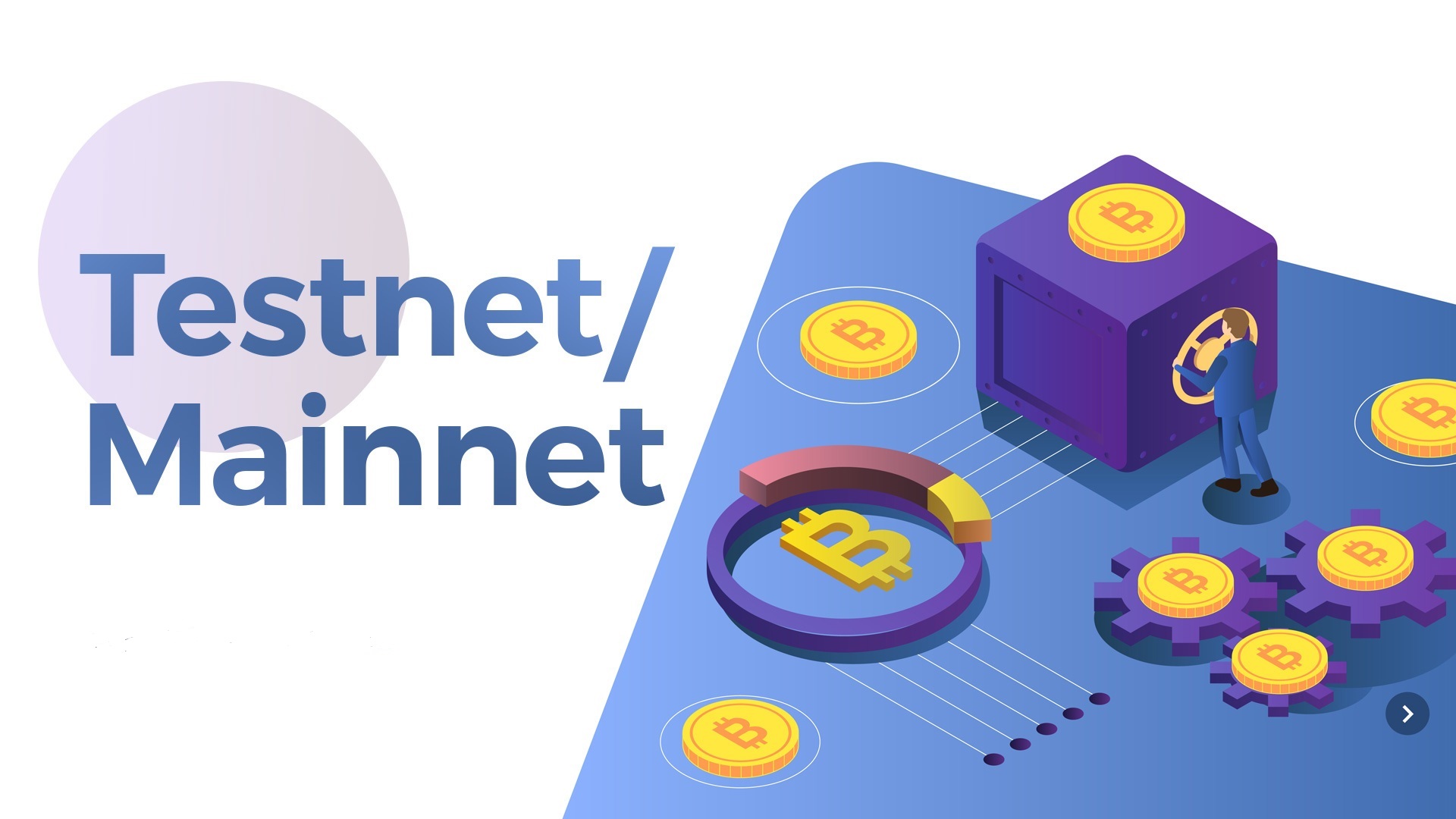 What is Mainnet? What is Testnet? Learn about their importance and influence on coin prices and 3 steps to testnet right here!
Surely, newcomers to the cryptocurrency market always wonder about two terms – Mainnet and Testnet when investing in a certain blockchain project.

In this article, I will briefly explain these two terms. Also included is a small study on the influence of the Mainnet on the token price. Let’s find out with idolmeta.net!

Mainnet (also known as the official network) is a term used to describe the fact that the data of the blockchain protocol has officially been recorded on the blockchain itself.

This means that, when a project goes on to mainnet, that project already has its own coin and blockchain, and no longer depends on another blockchain.

In addition, the protocols are built on the third platform blockchain, and they officially back up the data on the Mainnet of that platform Blockchain, also known as the Mainnet.

The best example is Chainlink (LINK): ChainLink implements Mainnet on Ethereum’s platform, that is, after mainnet, ChainLink protocol’s data will be recorded on Ethereum’s blockchain.

As you all know, the data recorded on the blockchain cannot be changed. Therefore, in order to avoid errors, bugs, bugs, etc., blockchain protocols need to be tested first on a network called Testnet.

Testnet (or test network) is an environment for project developers to test all features, security of blockchain protocol is safe before proceeding to Mainnet.

Because the Testnet is a testing phase, the data is not officially saved on the blockchain, so it can be changed or edited flexibly if there are security bugs, failed transactions, .. .

Importance of Testnet and Mainnet

These are two extremely important steps in the final stage of the project.

The testnet is a way for developers or the community to try out a product and give feedback on their experience, contribute to developing additional features, or report bugs.

After the important bugs were fixed, that was when the Mainnet was born, which means that the project was officially launched for the community to use.

Starting around the second half of 2020, Testnet also plays another interesting role

That is to help the project find users who are really interested in the product, then airdrop, send them a reward (usually project tokens) for finding a bug or sending valuable feedback.

The testnet is currently acting as an arrow that hits two targets, as it can both encourage users to find bugs and distribute their tokens to those who are likely to really want to go with the team.

In this step, you need a wallet to connect to the testnet and receive the project’s test coin/token through the testnet faucet.

Depending on the main networks, each project will require different wallets, such as BEP20 wallet on BSC network, SPL wallet on SPL network, etc.

Each project will have different features for you to experience. Therefore, the testnet of the projects will also have different ways of doing it depending on the field of that project:

This is a common task of all projects for users when testingnet, including: Feedback experience during use, encountered errors or suggestions to build more features for the team.

One thing to keep in mind is that not all Testnets offer bonuses:

So don’t expect too much when doing Testnet because it will sometimes disappoint us.

What is Mainnet Swap?

Mainnet Swap is the process of converting tokens from the original platform blockchain to the protocol’s official blockchain.

Originally, Band Protocol ran on the Ethereum blockchain, so the current token of Band is BAND-ERC20.

However, Band Protocol will implement their own blockchain mainnet BandChain in the future.

The essence of the swap is to convert at a certain rate, usually 1:1. If the project converts higher or lower than this rate, it will affect the token price.

Does the mainnet make tokens go up in price?

As you well know, Mainnet is an important event of any blockchain. However, whether the Mainnet affects the token price or not, no one really dares to 100% guarantee.

A quick statistic done at the beginning of 2020 by idolmeta.net shows that:

In particular, it can be seen that:

Research on the following profit and loss after mainnet project

However, the mainnet event of the projects is gradually no longer so important, so the token price does not have too much influence. Even when it went to Mainnet, the project didn’t have a token.

At the end of the article, I hope you guys understand more about the Mainnet, Testnet and its effect on the price of the token, so that you can make a suitable investment decision for yourself.

If you have thoughts and opinions on this issue, you can comment below the article. I and the idolmeta.net team will discuss more with you.

Previous What is Liquid Staking?
Next What is Altcoin Season?