What is Venture Capital(VC)? Things to know about VCs in Crypto 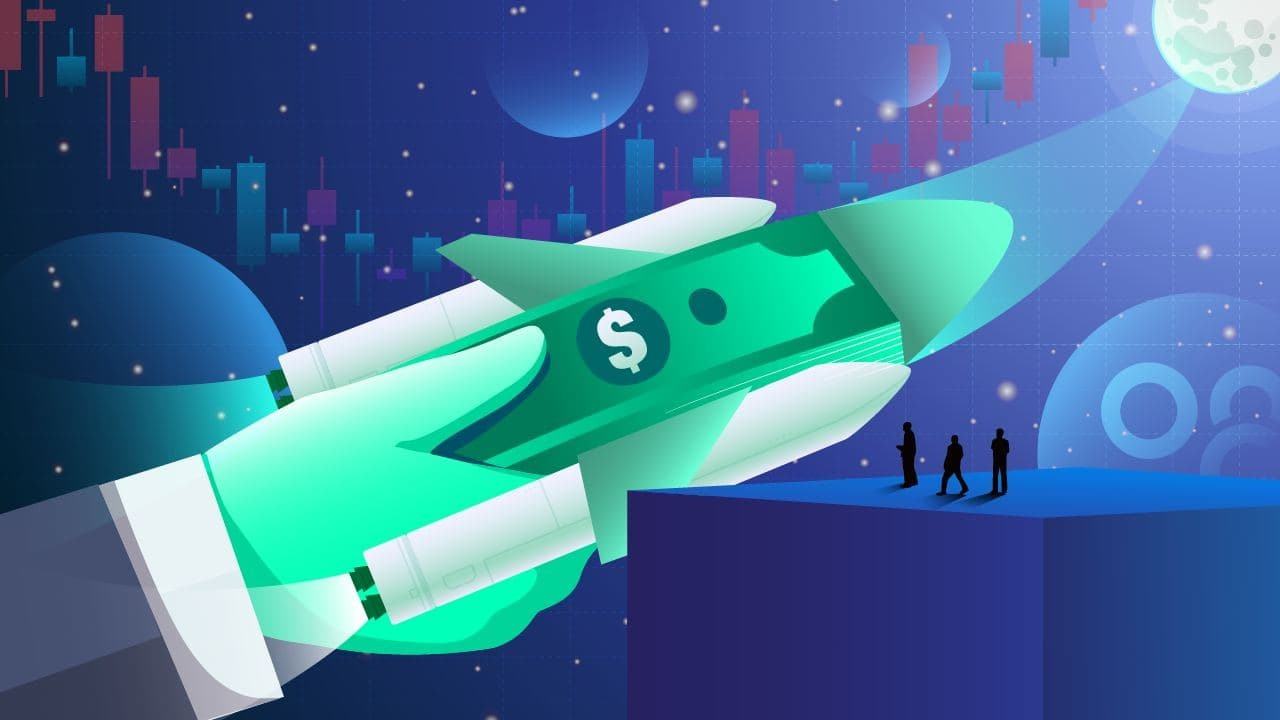 What is Venture Capital? Will venture funds in Crypto be different from the traditional market? Find out right here!!!

Venture Capital (VC) is an integral part of any investment, from traditional to Crypto.

Here are 5 things you need to know about Venture Capitals in Crypto:

What is Venture Capital?

Venture Capital are venture capital funds, pouring capital for newly established projects. The reason for the birth of VCs comes from the need to call for capital of small projects, unable to raise capital in the market, or borrow from banks.

For Crypto, the definition of Venture Capital is not too different, because this market itself is very risky compared to the traditional market, so nearly all investors can call it Venture Capital. (VC). 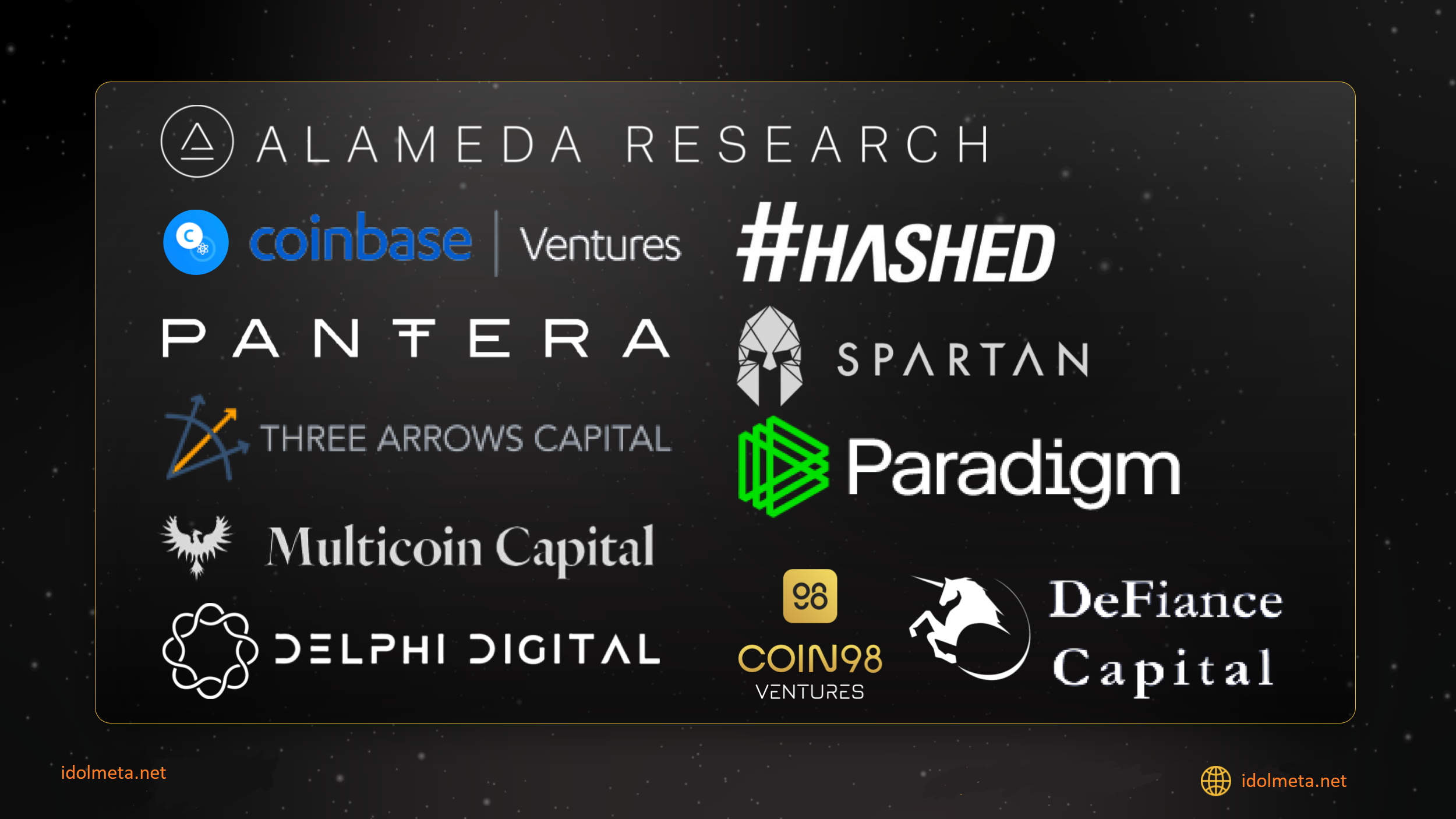 Some famous funds in Crypto

Roles in the fund include:

Before learning how VCs participate in deals, let’s take a look at how to raise money in Crypto.

Features of calling capital in Crypto

Usually, projects in Crypto only raise Seed Round and Private Round capital, a few more raise additional capital in Series A, Series B, or before the Seed round, which is the Pre-Seed round.

So what do these rings mean?

Seed Round is the first round of fundraising for projects. Usually, the project will not have data, or the data will not be too special. So to find a good project, investors will look at the idea, the project team, what they’ve done before, what the results were,…

In my experience, in Seed Round, the amount of money projects in Crypto often call ranges from $1M to $10M. Investors will be able to buy tokens at the lowest valuation, in return for the highest risk.

Here is a summary of some Seed Round fundraising projects in October 2021: 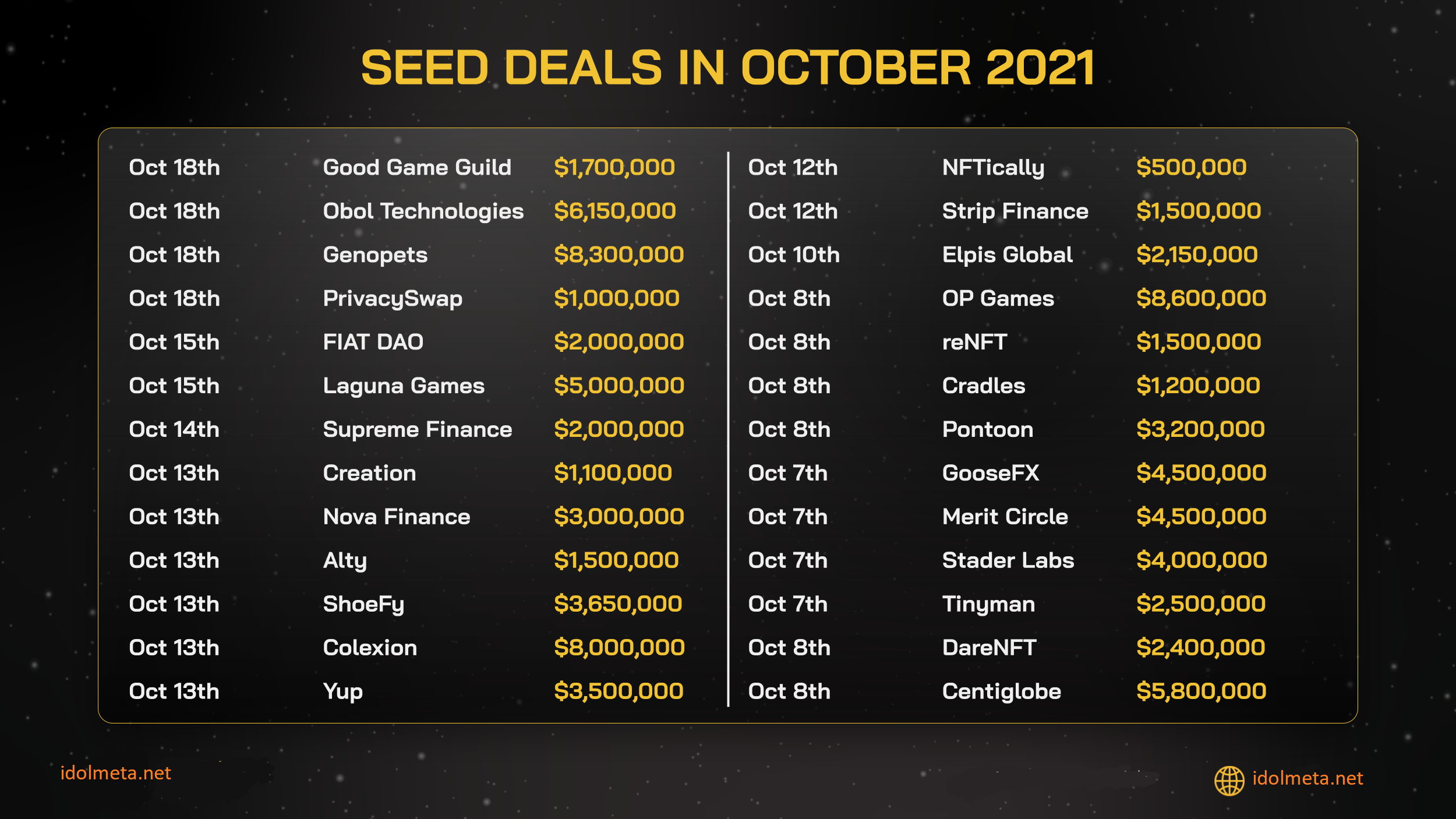 Seed Round fundraising projects in October 2021

In theory, rounds are often spaced apart to demonstrate to investors in the next round of the project’s performance.

But in fact, Private Round in Crypto is funded almost at the same time as Seed Round, but different in token price as well as Vesting time.

So how to decide which VC in which round? It is based on the value of each investor that can contribute, the way the VC plays, the relationship, … that the project team can consider bringing the VCs into the appropriate rounds.

In Series A, Series B, very few projects raise capital in these rounds, possibly partly because the life cycle of Crypto projects is quite short, the team is not motivated to continue, or the project itself can create generate their own revenue.

Pre-Seed is similar to Seed Round, simply earlier, may not have shaped Tokenomic for example.

In 2017, the project often raised capital with just a whitepaper with an idea. But since the explosion of DeFi, Crypto has also become more familiar to many people, including Venture Capital.

Therefore, in order to raise capital, projects cannot just say, but must have products that are already working, or in the process of being developed.

Not stopping there, in 2021, a more interesting form has begun to appear, which is a project that works for a while and then starts raising capital, such as Trader Joe, or Proposal selling SUSHI to incoming funds. from Sushi (but was not adopted).

This is to strongly demonstrate the potential of the project, that they will accept the operation in the beginning with difficult conditions, paying for the product development themselves.

After having certain achievements, they began to raise capital by selling tokens at a discount, or with other conditions.

For example, in the case of 1inch raising capital on December 1, 2021, even though they are not a new project and already have a certain amount of profit, they still choose to discount 1INCH to $1.5 compared to the transaction price. it was about $3.6 at the time.

The purpose of the fundraising is to get more visibility of the funds to expand the network 1inch.

Risks of the project when choosing Venture Capital

If you choose the wrong VC, the projects will suffer a lot of damage. Some investors just want to eat short, when they receive the token, they will release it regardless of the token chart. And once the chart is bad, the community is likely to panic and sell off.

Another case is knowing in advance news like Airdrop, then the fund holds a lot of money to follow the correct process to get a large amount of tokens, then release it to make a profit.

This approach not only does not help the project, but also makes many genuine holders suffer.

Typically, around the beginning of October, an incident happened, that is, the community discovered that one of Ribbon’s Seed Round investors, Divergence (invested $25,000), knew in advance how to participate in the Airdrop and had “bumper” quite a lot after dumping the project’s token.

After taking a closer look, Divergence also made a similar move with projects such as Charm, Cozy, Foundation, Saddle, Arbitrum, Lyra, 1inch,…

After that, of course, Divergence returned part of the $1.9M RBN. These events show that Airdrop news has been thoroughly exploited from VC, or here Divergence.

Investment is not always favorable, do not think that the fund is always profitable in investment. In essence, the fund is just a collection of some experienced people, operating more optimally than retail investors, but not without risk.

The first thing I want to say is “Scam”. The scam here is not really about the project running away with money (there are also but very few), but the project does not comply with the proposed roadmap, assuming that instead of raising capital 3 months, there will be a product. , 2 months later KPI reached a certain milestone, then over here the project worked slowly, without any progress for a long time.

Next is the loss. As I said, not every deal is profitable for venture capital funds. Some deals seem to be very delicious, but encounter many objective factors that lead to losses. Or in other cases, they invest not for profit but for something else, a relationship, for example.

However, these venture capital funds will have allocation methods, so that even if they lose these deals, the profits from other deals will also make up for it and still be profitable. This will be discussed in the next section.

Strategy of the Venture Capital

Although the individuals in the fund all have very solid knowledge in the market, it is inevitable that each person will have their own judgments, resulting in a different fund structure, not to mention many other objective factors such as relationships.

And also following the NFT trend, Play to Earn, Delphi Digital and Spartan all have for themselves a lot of NFT, Gaming projects.

Another strategy is capital allocation. Usually funds will divide capital into many parts to invest for different purposes.

An example from Not Boring Capital’s strategy sharing is:

I know that most of you reading this article are probably retail investors, very few people are doing projects in Crypto.

However, on October 16, Jason Choi – General Partner of Spartan had an interesting tweet about how to choose Venture Capital (VC), which may help you have a more multi-dimensional perspective.

According to Jason, calling for capital is very important, it can be considered that we are “hiring” investors, so it is necessary to do it calmly, not in a hurry. And as mentioned above, when dealing with investors, projects need to carefully consider what they receive to make the right deal.

If the deal is too small for a very large fund, don’t expect thorough advice.

The values that VC can bring to the project are usually:

You can refer to the following article: What is Tokenomics?

Usually, Venture Capitals will offer a minimum amount to invest, but it is best not to give them that minimum. VC does not only have your deal, so we cannot ask VC to spend time on a project that sells too little allocation for us, compared to another project that offers 10 times higher.

Funds will often spread money in many projects, so it is inevitable to invest in rival projects in the same segment. If you happen to encounter this, please contact the fund directly to ask about this issue, in case you do not believe that VC will keep your information confidential.

Similar to traditional funds, funds in Crypto are not only profitable, but also an important factor for the development of projects. Without funds, the project will have no money, no experience, it is difficult to survive in the constantly changing environment of Crypto.

Above is an overview of VC in Crypto, if you have any ideas, you can comment below to discuss with idolmeta.net!